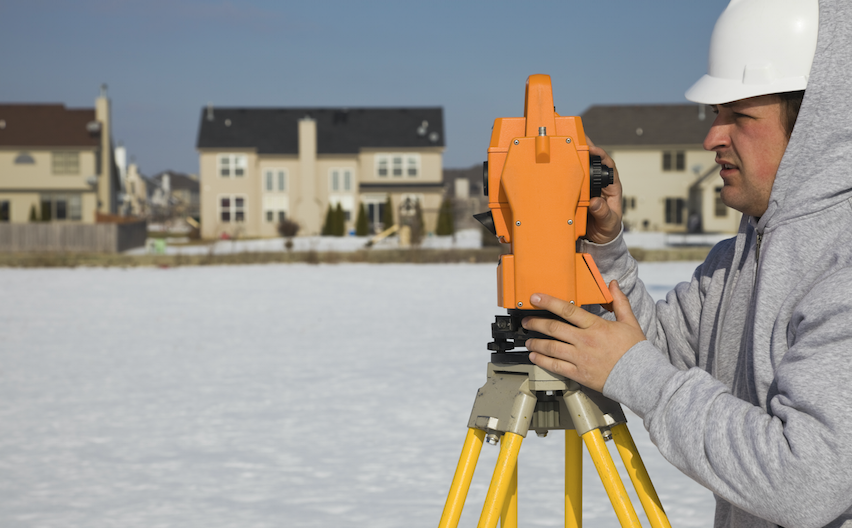 Unexpected Survey Problems a Possibility without a Survey

I recently wrote about the common objections homebuyers have to ordering a property survey prior to closing on property. In this article, I wanted to provide a few examples of survey problems I have encountered over the years. The goal here is not to terrorize anyone into spending money on a survey that is not needed. It is rather to increase awareness and vigilance in the property buying process.

In this case, a builder acquired a lot in an old subdivision. The end consumer who purchased the new home did not have a survey performed, but instead relied on a project drawing provided by the builder. What we learned in researching the encroachment and defect was that many of the houses on this particular street were not build in the dead center of their respective lot. In fact, the houses were built lopsided on one side of their lot boundaries. It appears that the builder constructed on what was perceived to be, but not actually, the center of the vacant lot. The end result was the final structure more or less straddled down the middle of two lots, with one-half of the home on the correct lot and the other half on the adjacent owner's lot. This is an example where there was no dispute as to the legal ownership of the land purchased by the new owner; instead, the property acquired only contained one-half of the home. This case highlights several important points—

Encroachments involving swimming pools and pool houses are fairly common. Occasionally, a homeowner will inadvertently install the pool pump over the lot line on the neighbor's property. It seems that more effort goes into deciding on placement of the actual pool and the placement of the pool equipment becomes secondary. However, in this case, at least half of the swimming pool was located across the lot line. We learned that the homeowner actually obtained permission from the homeowner association to acquire the strip of land where the pool would be installed. We even obtained documentation from the county that zoning and permitting was conditioned on receiving fee simple title to the tract. Truth be told, the homeowner apparently did not follow through with getting actual title to the property. Although we were able to get dozens of signatures from other homeowners needed to make a quorum in order to legally pass title from the homeowner association, this would have been difficult for any subsequent homeowner to obtain. This case highlights several important points, as well—

This example involved bank owned property ("REO") of rural land. In rural areas separate land parcels may be identified under a common street number. In this case, the buyer contracted for and closed on a particular tract of land. Unfortunately, the buyer actually intended to purchase the adjacent tract which, unbeknownst to the buyer, had the same street address. Neither the contract nor the deed was legally defective. Had a survey been performed during the due diligence period, the buyer could have confirmed the property that was being purchased.

While surveys showing title defects or encumbrances are not all that common, it is still extremely important to evaluate the risks before proceeding without a survey. Most real estate lawyers I know would insist on new survey before closing. I know I would.

Article discuses arguments for and against expending money for a land survey prior to closing. Read More...